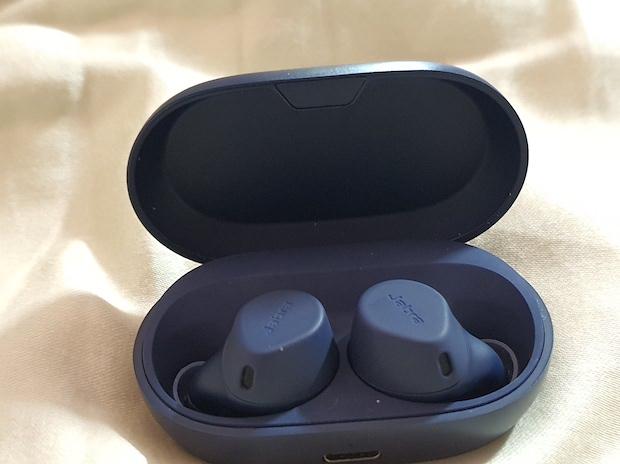 Design is one of the areas Jabra has made some changes in its new earbuds. Keeping fitness enthusiasts in mind, the new design allows a more secure fit so they don’t fall off during a workout. The buds aren’t chunkier, unlike Jabra’s previous offerings; the earbuds don’t protrude much when you wear them. Available in black, blue, or mint green, the buds look minimal with a rubberised coating that gives them a premium look

The charging case is oval in design and so compact that you can easily carry it in your pocket. It’s a lot flatter than what we have seen earlier in Jabra Elite 85t or 75t. 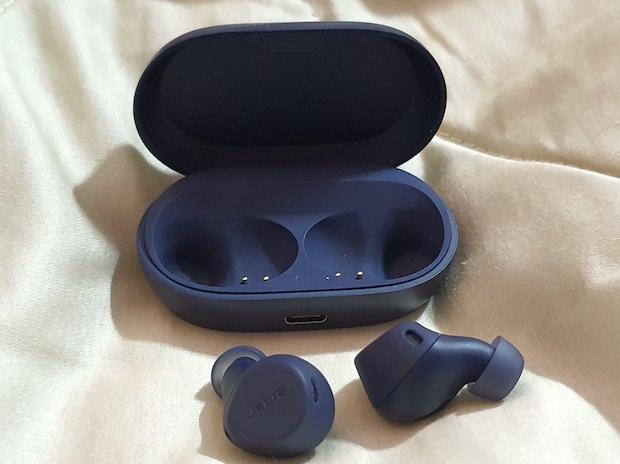 The charging case has a USC-C port at the chin and a tiny LED above it that lights up when you open the case. The LED also indicates the battery level. The earbuds also support wireless charging

The new Jabra earbuds also have improved fast-charging, with 5 minutes of plug-in time giving an hour of playtime.

As usual, the earbuds have buttons instead of touch controls but they are easy to press when you wear them. If you have used Jabra earbuds before, it will not take much time to get used to the button commands.

The earbuds have an IP57 rating giving them protection from dust and water. This comes in handy if you use them during workouts. Jabra claims the earbuds last roughly eight hours per charge, and the case holds an additional 22 hours. However, this may vary in regular use based on ANC usage. What’s great is they support mono mode, so you can use one bud and charge the other at the same time.

The Jabra Elite 7 Active offers an impressive sound output, thanks to its 6mm drivers. Moreover, they offer a solid ANC experience; one of the best I have seen in this price range. The HearThrough mode lets the ambient noise in and it comes in handy while commuting or if you’re outdoors. Although the earbuds have a crisp sound with punchy bass in the default setting, you can still tweak the sound settings in equalizer using the Jabra Sound+ app on your phone. The bass is smooth in soft music and deeper as you move towards heavy music genres. However, it’s not at all intrusive and the treble is mostly clear even at maximum volumes. 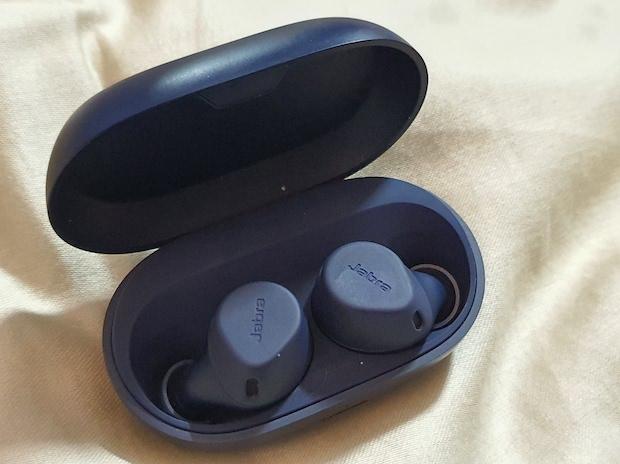 The earphones support the AAC and SBC Bluetooth codecs, but not AptX.


I also liked the clarity during voice calls – the earbuds don’t let the surrounding noise spoil the call experience.

The earbuds also offer multi-device support so you can connect two devices at a time, but the problem is, Jabra iet yet to bring it to the device via an update and it's not clear yet when will that happen.

The feature is crucial in today's time when people use multiple devices simultaneously. 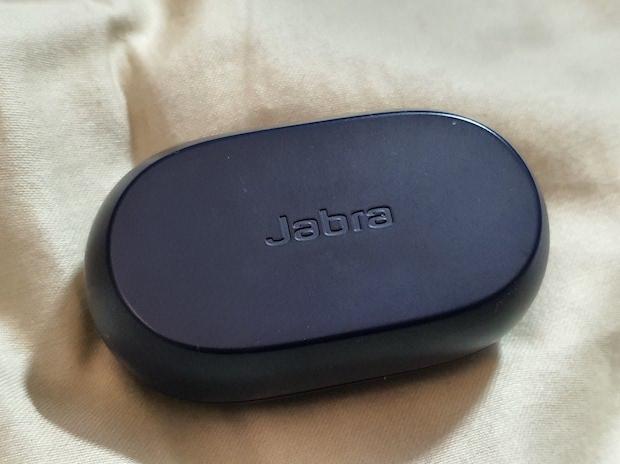 There isn't much to not like about Jabra Elite 7 Active as you get a pretty decent package but the price point may pinch some. I would say I would still vote for and stick to Elite 85t because honestly they still sound as good. Moreover, if given a chance to upgrade, there is Jabra Elite 7 Pro (review) I’ll bet on.